Ashlee Branton’s lottery win is giving her and her son a new, 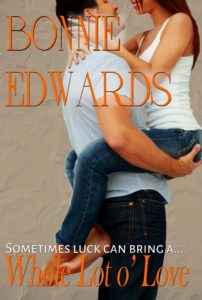 Except that returning to Blaine, Washington means facing her son’s father, Brick Harcourt, in a most unsettling way.

Ashlee deserted Brick and his less-than-accepting family when she’d become pregnant. Refusing to be just a statistic, she worked hard to raise their baby on her own. But as luck would have it, she has a chance to repair what she broke back then. Dare she take one more chance on love?

But Ashlee has two pasts now, one with Brick and one with an ex who wants to crash their reunion. Will she run again or stay and sacrifice money for love?